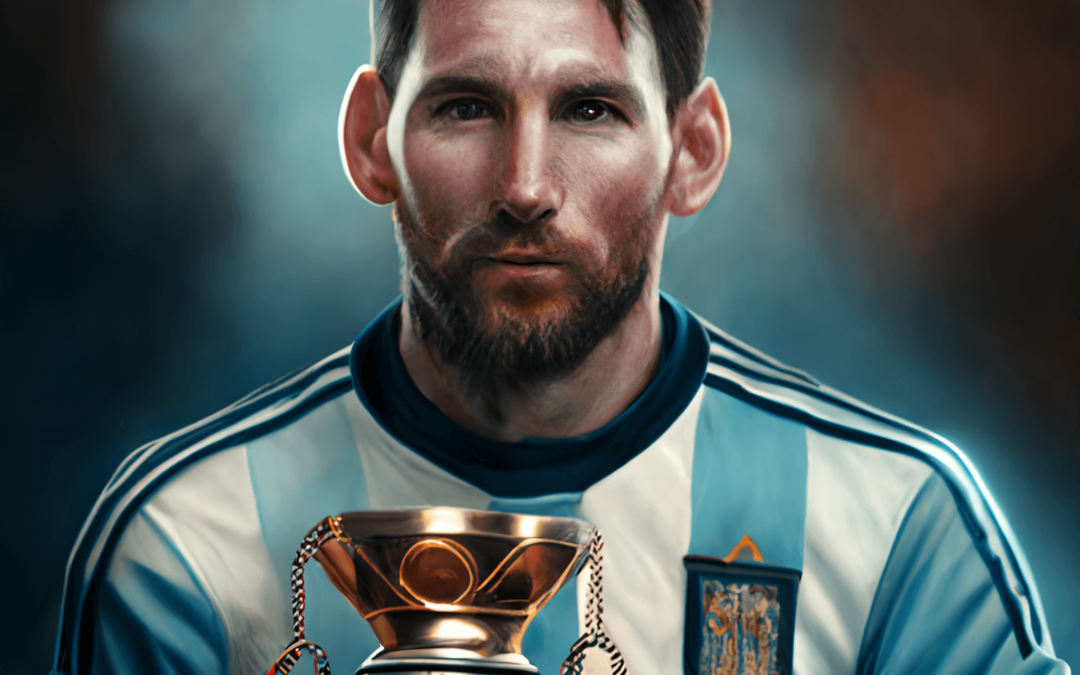 Welcome to our article on the life and career of Lionel Messi, one of the greatest soccer players of all time. Messi’s journey from a young player in Argentina to a global icon is truly remarkable, and in this article we will take a closer look at his early life, rise to fame, career peak, national team success, personal life, and legacy. From his humble beginnings to his numerous individual awards and team successes, Messi’s impact on the world of soccer has been immense. Whether you’re a die-hard soccer fan or simply curious about one of the greatest athletes of our time, this article is for you. So sit back, relax and enjoy as we delve into the story of Lionel Messi.

Lionel Messi was born on June 24, 1987, in Rosario, Argentina. He was the third of four children born to a steel factory manager and his wife. Messi began playing soccer at a young age and joined the local club, Newell’s Old Boys. He quickly distinguished himself as a talented player and was eventually recruited to join the club’s youth academy.

As a teenager, Messi began to attract attention from some of the top soccer clubs in the world. In 2000, he moved to Barcelona, Spain to join the club’s youth academy. He quickly climbed the ranks and made his professional debut for Barcelona in 2004.

In the 2005-2006 season, Messi established himself as one of the best players in the world. He helped lead Barcelona to a Champions League title and was named the tournament’s best player. He also won his first Ballon d’Or (best player in the world) award in 2009.

In the 2010-2011 season, Messi had one of the best individual seasons in soccer history. He set a new record for goals scored in a calendar year, with 91 goals in total. He won his fourth Ballon d’Or award and helped lead Barcelona to another Champions League title.

In the following years, Messi continued to dominate the soccer world. He won his fifth Ballon d’Or award in 2015 and helped lead Barcelona to several more major trophies. He also became the club’s all-time leading goal scorer and is considered one of the greatest players in the history of the sport.

Messi made his debut for the Argentina national team in 2005 and has since become the team’s captain. He has represented Argentina in four FIFA World Cup tournaments and has also played in several Copa America tournaments. Despite his individual success, Messi has yet to win a major tournament with the national team.

Off the field, Messi is known for his philanthropy. He has been involved in several charitable endeavors, including a foundation that focuses on children’s health and education. He is also known for being a private person and keeps his personal life out of the spotlight.

In 2021, Messi announced his retirement from international football after Argentina was eliminated from the Copa America 2019. He said that he would continue to play for Barcelona, but that he had given everything he could to the national team. However, he later played for both Copa America 2021 & Fifa World Cup 2022 and become the winner.

Messi had an amazing career with Barcelona and the Argentine national team. He won numerous individual awards and helped lead his teams to many victories, including winning the 2022 FIFA World Cup with Argentina, where he personally won the golden gloves award for being the best goalkeeper of the tournament. He will be remembered as one of the greatest soccer players of all time, and his impact on the game will be felt for generations to come.

Messi will be remembered as one of the greatest soccer players of all time. His skill on the field, his numerous records and his numerous individual awards will be his legacy. He will also be remembered for his humility, his work ethic and his loyalty to his team. He is considered one of the greatest players in the history of the sport, and his impact on the game will be felt for generations to come.